Debt Resistance UK has now obtained and analysed the details of 455 LOBO loans provided to Local Authorities between 1984 and 2014. A clear picture has started to emerge of which banks have been most active in the LOBO market.

Barclays Bank is by far the largest provider of LOBO loans to Local Authorities. It issued over 28% of all the loans seen so far. Royal Bank of Scotland is another major player having issued over 10% of the loans. Between 2006 and 2010 both these banks provided LOBO loans to UK Local Authorities where the interest rate paid by the authority depended on LIBOR. Both banks have subsequently paid large fines after admitting to manipulating LIBOR rates. 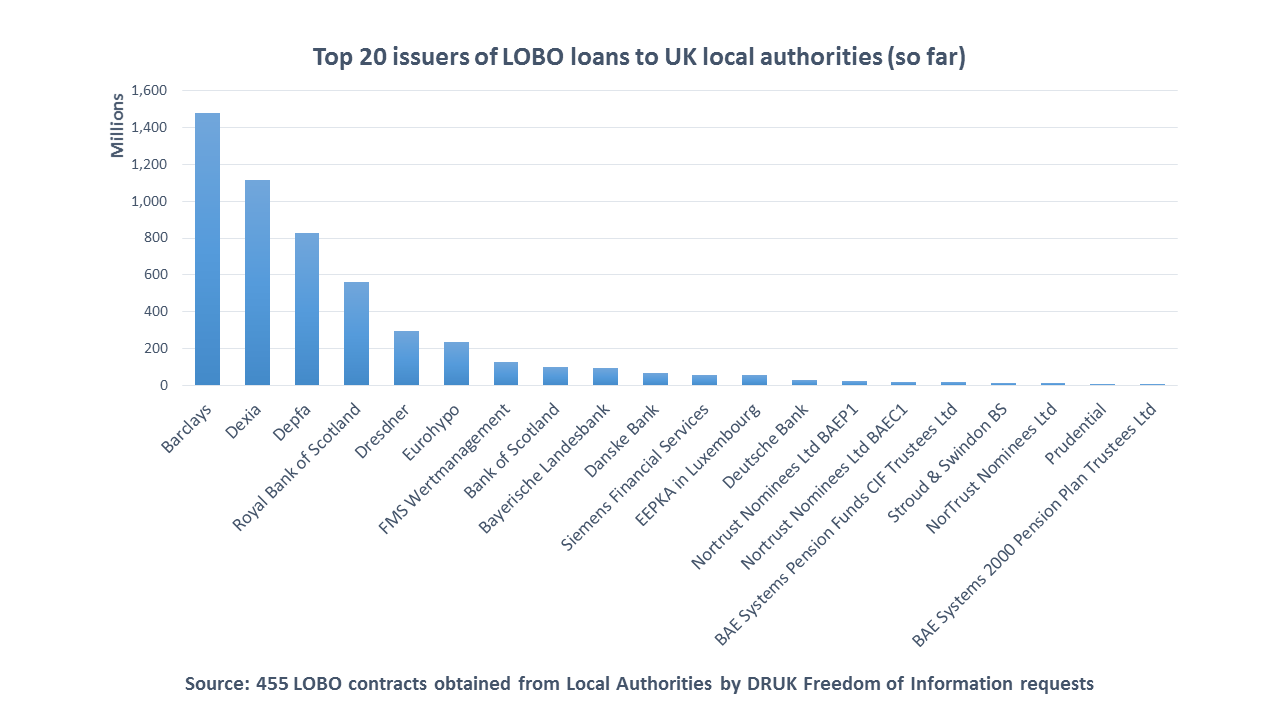 When were most of the loans taken out?

Most of the loans for which we’ve obtained details were taken out between 2003 and the global financial crisis of 2007-2008. 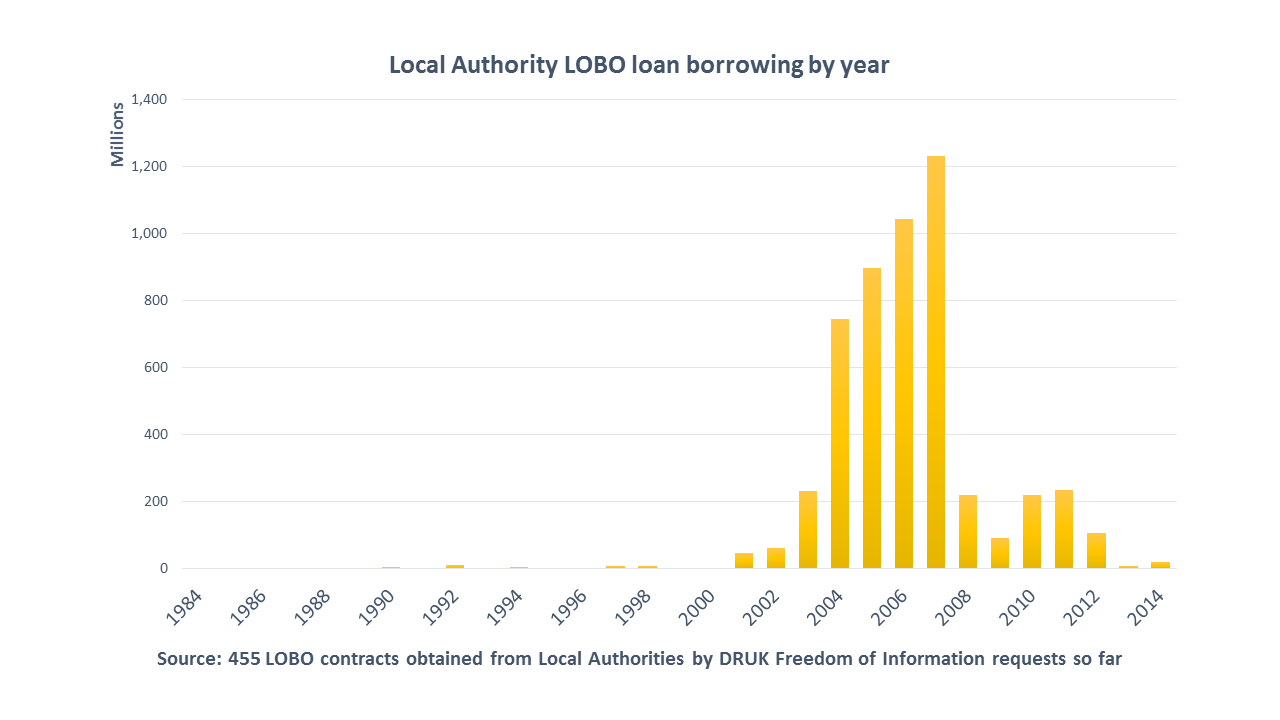 LOBO loans are financial instruments which behave much like bonds or mortgages in the sense that the originator isn’t obliged to hold on to them. They can instead sell them to a third party who then becomes the receiever of the interest payments due on the loan.

At least 35% of the LOBO loans seen by DRUK have changed hands since they’ve been issued. While the loans were issued by 40 different lenders they are now in the hands of just 32 lenders. 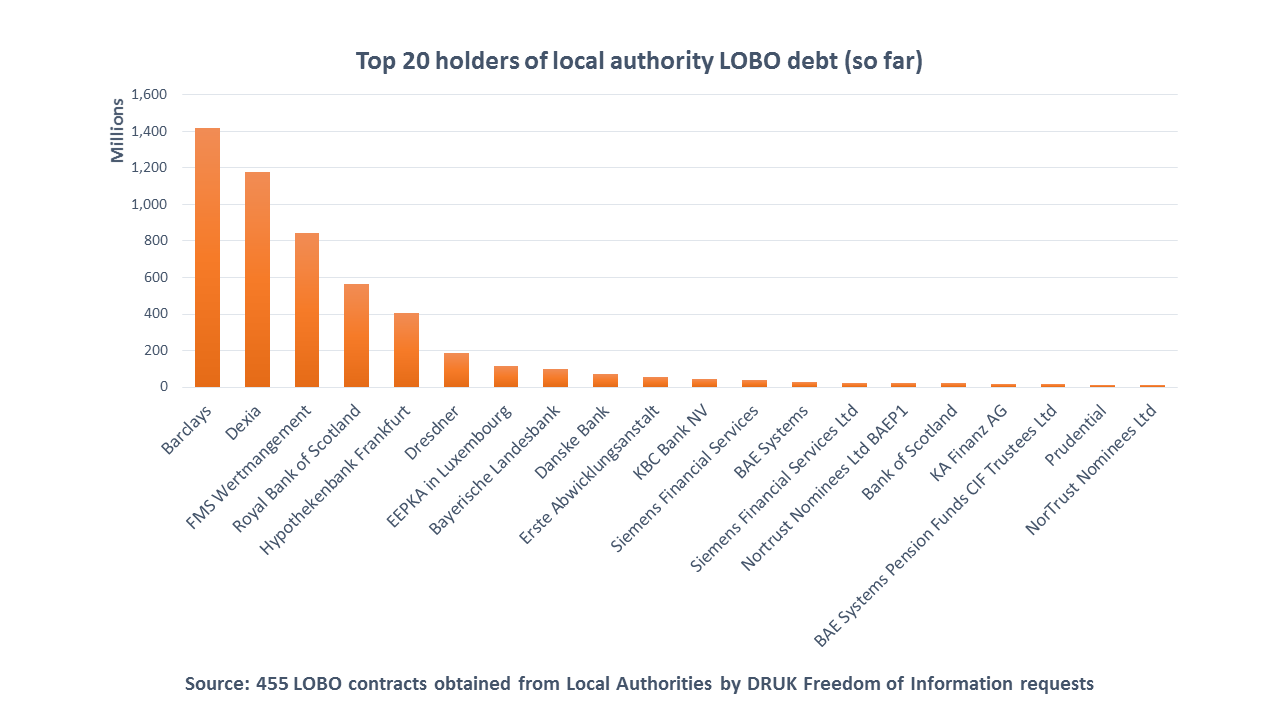 Part of the explanation is that during the Global Financial Crisis several of the major LOBO lenders (e.g. Dexia Credit Local and DePfa) got into trouble due to their reckless lending practices and needed to be bailed out by their respective states (France/Belgium and Germany). That’s left much of the outstanding LOBO debt in so-called ‘bad banks’ which are being unwound by the relevant financial regulators. 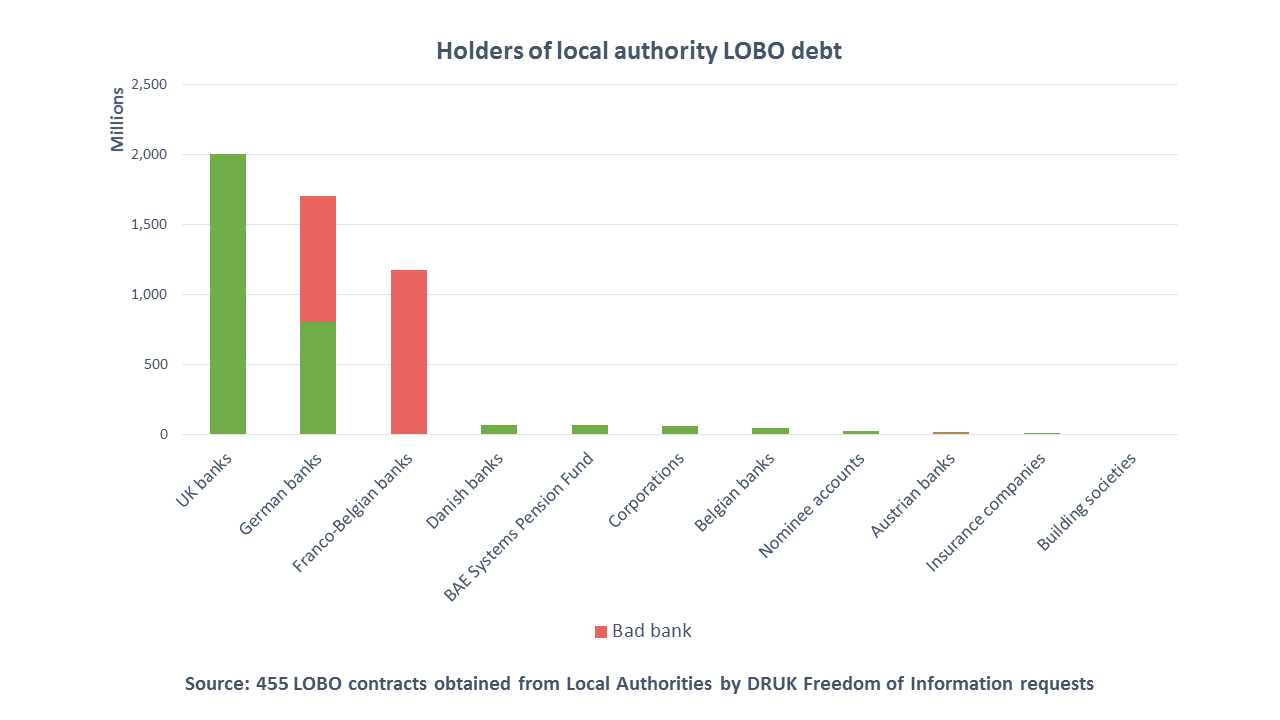