Sir Robin Wales attempted to explain away Newham’s shocking debt position, as a natural consequence of the decline of the Newham Docklands, which hit working class communities in London’s East End particularly hard from the 1960s.

But are there other causes, such as chronic under-investment in quality social housing, low wages and a history of support for gambling – causing indebtedness, which link back to Newham Council’s economic, social and welfare priorities?

LSE’s 2014 ‘Facing Debt’ report – suggests high housing costs and instability along with unstable, low wage employment are the major issues facing Newham residents. Median net household income in Newham was just £15,704 (in 2014) compared to a national median of £22,204. Housing is a dominant problem in Newham, and across London, but the level of poverty and low income in Newham make pressures on the poorest particularly acute. Share of Newham owner occupiers has fallen (43% in 2001; 28% in 2012) along with the share of social housing tenants (37% in 2001; 34% in 2012).

2) The London Borough of Newham is NOT a Living Wage Employer?

3) Unaffordable Housing Not Just About Cuts or Market Failure. It was Mayoral Policy

Newham Mayor Sir Robin Wales stated policy (1997) was to increase house prices in Newham. According to the Guardian, Newham has since seen the UK’s biggest house price rise (2015). 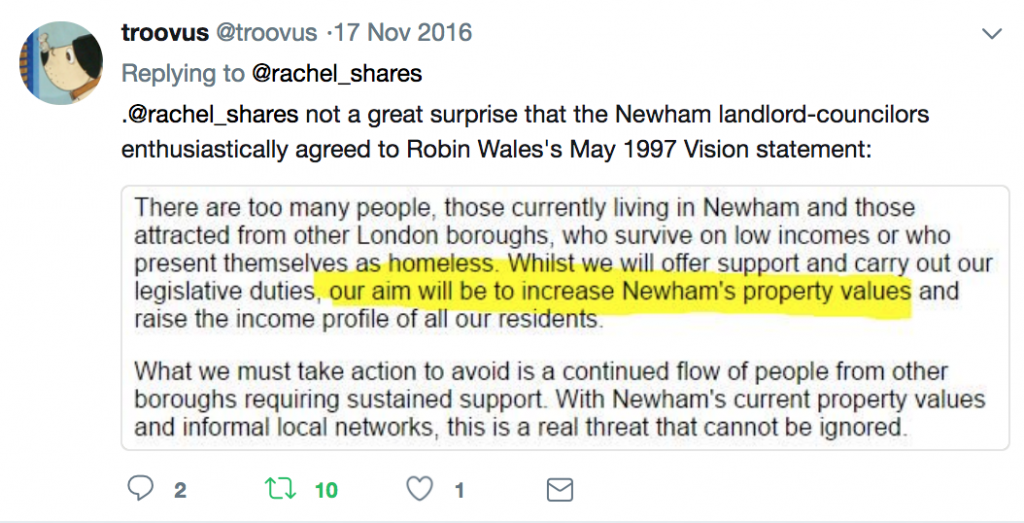 Housing spending in 2009/10 was Gross = £419m // Net = £20.8m. A direct comparison of housing spending in 2016/17 is not possible, as Newham has reclassified housing spending into a broader “Community Infrastructure” category, totalling just £10.7m. Total Newham spending on council services was cut  by 27% since 2010. Despite Housing being a top 3 priority for Newham residents, council spend significantly less money on housing than bank LOBO loan debt repayments. 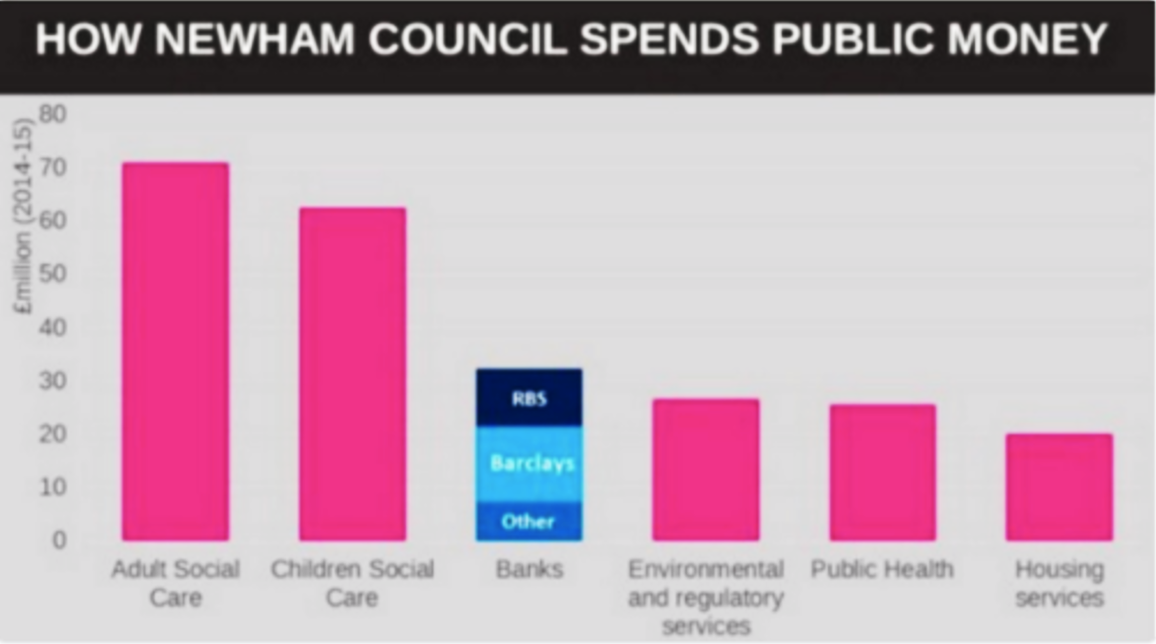 Newham’s Homelessness rate (one person in every 25) is the highest in England. 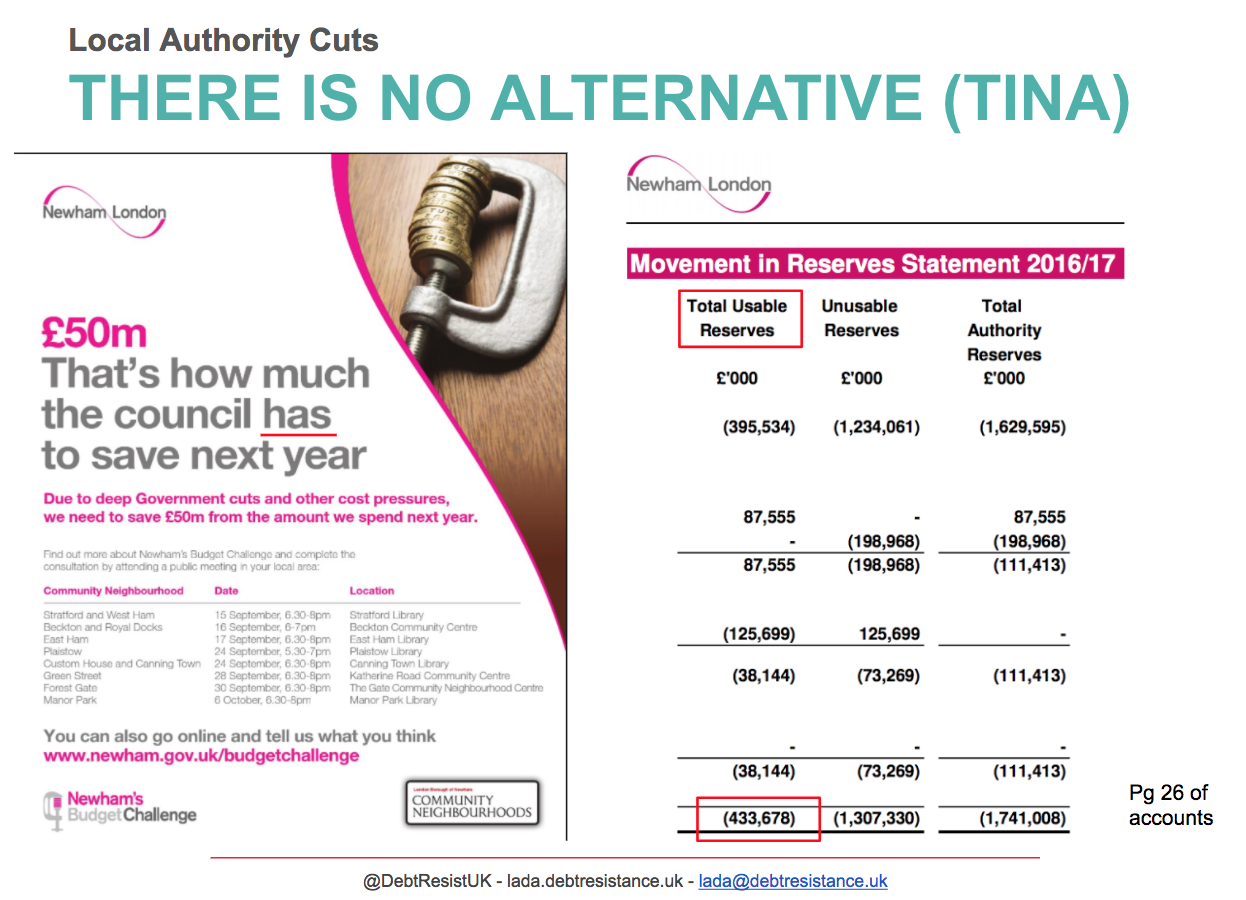 Newham is a Gambling hotspot – including High Street North (E12) where gamblers spent a London high of £3m on fixed odds betting terminals described by Matt Zarb-Cousin of the Campaign for Fairer Gambling as the “crack cocaine of gambling.” Aspers Casino – the largest casino complex of its kind in the UK – is located within Westfield Shopping Mall, from which Newham council receives income of around £1m per year in takings.